It’s the last day of Sky School and we had soooo much fun. It was super duper amazing. We completed our inquiry projects last night.  The posters were tantalizing.  Our science taste buds did an Irish river dance to the flavors of our research.  One student reported that “There was so much data that I popped a blood vessel in my brain.”  We had great food that fueled our brains. We’re all very salty from playing the game ‘Mafia’ until 10:30 PM.

Mr. Breckenfeldspar is a big fan of rocks and sunrise hikes. He brought his Geiger counter and we were able to detect decaying isotopes in igneous rocks. We also met a man named Mack who lives in a shack on top of a crack (in granitic gneiss) who thinks fire is whack. His house was cold and he had a new door ‘cuz his stuff was stol’d by a criminal bold. He also enjoys photography.

Here’s a summary of what we learned: hard work is fun; geology is a science; sandwiches can be dangerous if you are unaware of the ingredients; ‘dirt’ is a four letter word, but so is ‘soil; “if it’s green and it don’t float, it’s epidote;” there’s an important difference between dirt and soil; and the ‘great attractor’ of galaxies might be real. iBananas! 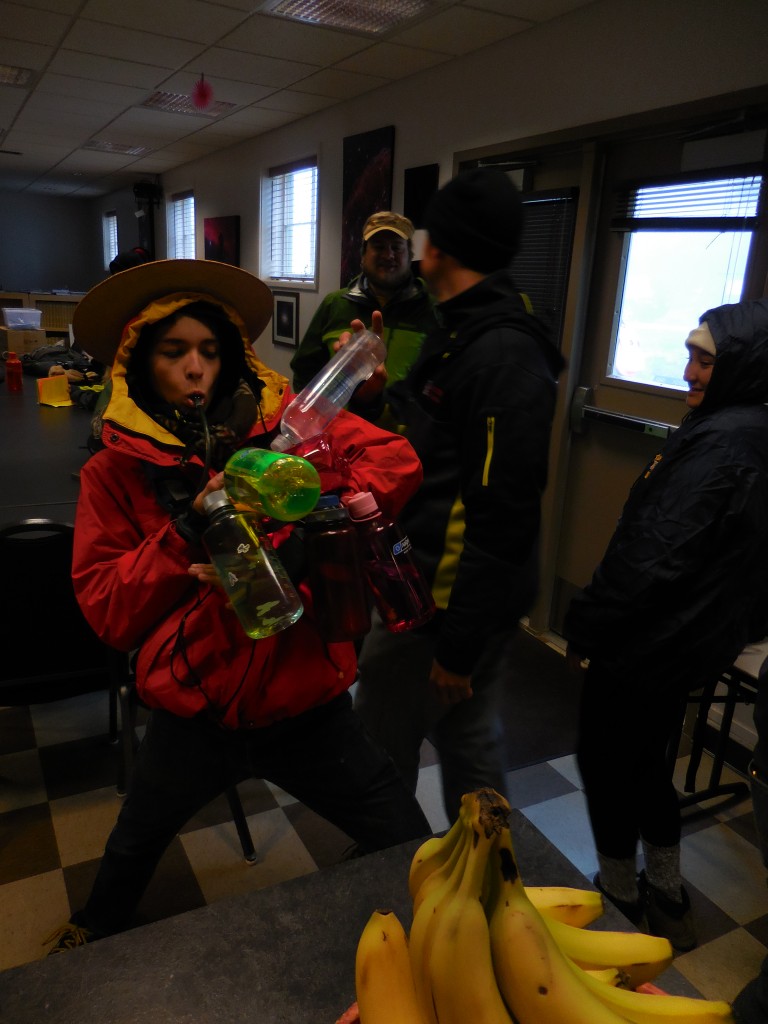