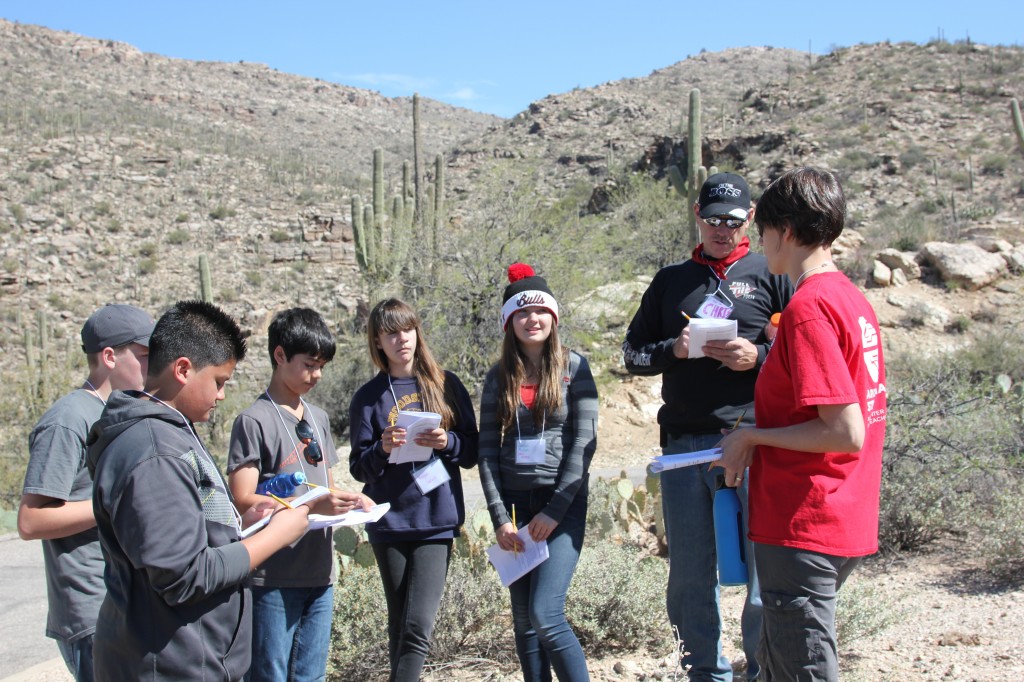 Our first day at Sky School was quite a journey.  Within two hours, we drove from about 2,000 feet above sea level at Three Points to about 9,087 feet above sea level on Mt. Lemmon.  We learned about how the plant diversity at higher elevations varied from the plant diversity at lower elevations.  We sniffed a lot of trees and learned that Ponderosa pines smelled like honey.  At Windy Point we saw hoodoos, which Mr. Isabel described as big zits on the mountain.  We learned that lichen, which is a symbiotic organism made up of fungus and bacteria, grows best on the shaded side of rocks.  We observed some pieces of meteorites that formed from collisions of protoplanets and examined others that formed as space dust in our solar system.  Our end of the day highlight was a hike to the fire tower.  Everyone, except Ivan, slipped down the snowy hill in the forest where we were taking our last measurements.  At the bottom, we had a snowball fight; there were no major injuries.  That’s why we’re called the bosses.